Our new term starts on Tuesday 15th of September with Aga. You can see our schedule on the calendar page here. And like last year, we’re preparing music for a visit to 1920’s London with our silent film night, on Saturday 31st of October. 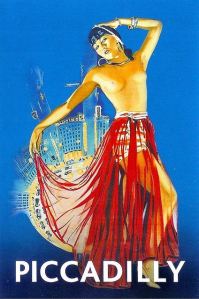 In October 2014, we accompanied Alfred Hitchcock’s silent film,  ‘The Lodger: A tale of the London Fog’ with live music. We thought we’d stick to the same town and era so that we can encourage even more dressing up this time around. So dust off those fascinators and top hats!

Like last time, we’re combining period and new music. Whether we’ll be able to recreate one of the best chase scenes in cinema history to ‘Mad World’ is anyone’s guess, but we’ve certainly got some ideas. Piccadilly is a film about ambition, desire and jealousy set in the glamorous west end – it’s hugely stylish and we’ll be using the British Film Institute’s restored version to bring it all to life.

So definitely a date for your diaries – see you at a rehearsal soon!